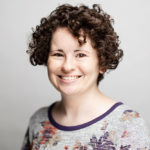 When I was an English tutor at Johnson & Wales University, the No. 2 concern students had was that they thought they couldn’t write because they weren’t creative. (The No. 1 concern was that their essay was due in half an hour and they hadn’t written a word yet.)

The good news for those students and for you reps who might feel the same way is we are all born storytellers. You may have already heard this gem during Anna Woods’ SkillShare class. Humans are natural storytellers; the issue is many of us don’t think about nonfiction writing – emails, executive summaries, etc. – as storytelling simply because it doesn’t feature dragons or other exciting elements that we think make a good story.

Thus, let’s build off last month’s blog with the same advice I used to give my tutoring students who were more left-brained: Follow the formula.

While writing is considered a right-brain activity geared more toward creatives, there is a basic formula for writing anything:

When talking about the document as a proposal’s executive summary, the introduction and conclusion are fairly obvious. The body, however, has the most critical elements and is a lot meatier – meaning it is where writers and nonwriters alike can get overwhelmed.

But, have no fear, we have a formula for that, too:

For my non-math wizards, this means that you should pair each client WITY point with a solution/evidence specific to that WITY point – and remember to keep it client-specific and not just company boasting. In the example we have, you “rinse and repeat” three times, but the body will vary depending on how many WITY points your client has. That said, we’d suggest limiting it to the top three to five.

Now that you have the formula and see how easy it is, you’re probably itching to start writing. But wait, there’s more!

You can’t add the pasta before the water’s boiling, and you can’t start writing before you have your outline. OK. You can, but you’re going to make a mess – in both cases. An outline is a list of what ingredients are going into your document (wow, writing really is like following a recipe).

Outlines might seem like a waste of your time – my students certainly thought so – but they’re great for seeing the whole picture in a small snapshot. For executive summary writing, we suggest starting by writing down the most important WITY points and then adding client-specific support. If you’ve done your Bid Matrix Grid, which we also highly recommend, then that can act as your outline.

My right brain is screaming at me, holding crayons and desperate to draw a picture. Luckily for it and for you, now is the time to play. Remember, we are natural storytellers. Now that you have the structure and the points you need to hit, it’s much easier to build your story – to find the empathy and connect with the audience.

Because audience is key. Just as you might not consider yourself a creative, neither might the client. Your level of creativity should match what your client wants; if the client’s DiSC profile is a high D, then they’ll appreciate you getting to the point quicker versus a high I who would respond better to more creativity.

And creativity doesn’t just have to be in the words. It can be more subtle – using the school’s colors in the Chartwells proposal or wave decals in a Canteen proposal for a client on the coast. Even if you’re not sure how to add creativity to your proposal, talk to your designer (and us writers over here); we’re not called Compass Creative Studio for nothing!

Creativity is a huge part of writing, but when you’re writing an executive summary, know that you’re not writing the next great American novel. It’s fine if you’re more math than Monet. Simply follow the formulas whenever you’re stuck staring at a blank page.

And if you consider yourself more a creative type, still follow the formula. Do you know how long it took us to make this formula in the lab? How to Find Time to Write Put Your Writing in Someone Else’s Shoes

While it’s tempting to hide under the blankets and escape all the negative feelings, there’s a lot to be said about the power of empathy – especially as it relates to your writing. Music to My Ears

If the words you are writing are likely the same words of your competitors, how can you set yourself apart? Easy. Sound different.